Join the WCC for another amazing invitation to ULC's Author's Club Lunch Series!

THAT’S WHAT SHE SAID: WHAT MEN NEED TO KNOW AND WOMEN NEED TO TELL THEM ABOUT WORKING TOGETHER 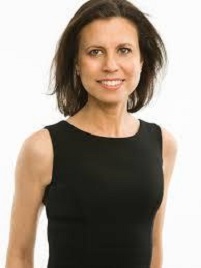 When Joanne Lipman wrote the article 'Women at Work: A Guide for Men' for The Wall Street Journal, it immediately went viral. Lipman was contacted by scores of corporations and businesses around the world, where men (yes, men!) were eager for the playbook on how to work better with women, and how to make their companies work better for women. As she began speaking on the topic and continued to delve into the science, Lipman realized that there was an awful lot to say to men about women at work.

In That's What She Said: What Men Need to Know and Women Need to Tell Them About Working Together, Lipman takes a 'no shame, no blame' approach to this thorny topic. Diving deep into the wide range of government initiatives, corporate experiments and social science research (and a few ongoing lawsuits along the way) she offers new revelations culled from the Enron scandal, from brain research, from transgender scientists, and from Iceland's campaign to 'feminise' an entire nation. Packed with fascinating and entertaining examples, including how Google reinvented their hiring process after their famed open-ended questions ('How many piano tuners are there in the entire world?') produced, to their surprise and dismay, an overwhelmingly male work force; and how the latest research on the significant differences between how men and women email, That's What She Said is a rallying cry, for both men and women to finally take real steps towards closing the gender gap at work.

Joanne Lipman is the Chief Content Officer for Gannett and Editor-in-Chief of USA TODAY and the USA TODAY NETWORK. She was founding Editor-in-Chief of Conde Nast Portfolio magazine and is a former deputy managing editor of The Wall Street Journal, where she supervised coverage that earned three Pulitzer prizes and earned the epithet ‘Innovator in Chief’ from the late Dave Carr. She is a frequent television commentator and has appeared on CNN, NBC, CNBC and CBS, among others. She also co-authored the critically acclaimed Strings Attached: One Tough Teacher and Gift of Great Expectations.

Books for signing will be available for purchase on site from The Book Stall.

Open to Wharton Club Members ONLY

**If you or your guests have any dietary restrictions (i.e. vegetarian, food allergies, and gluten free) please contact Club Services at the Union League Club of Chicago at (800) 443-0578 or [email protected].