Paul Vallas – The Future of Education in Chicago Public Schools

The Chicago Public Schools Crisis: how we got here, how we get out of it, and how we make sure it doesn't happen again. 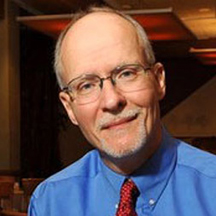 Paul G. Vallas is a nationally recognized education and finance expert who has served the public interest for four decades. He currently serves as the founding CEO of the School Construction Fund, a new national nonprofit organization dedicated to supporting K-12 schools finance and operationalize their buildings. Paul also consults to underperforming school districts to help them more effectively leverage their finances to gain stability while increasing classroom resources that strengthen educational delivery, improve academic outcomes, and narrow the achievement gap.

Paul’s expertise in budgetary and organizational oversight can be traced to his tenure as Mayor Richard M. Daley’s Revenue Director (1990-1993) and then Budget Director (1993-1995). Appointed Chicago’s first CEO of Chicago Public Schools in 1995, Paul led the transformation of a district called in 1987 “the worst in the nation” into “a model for the nation” by 1998, delivering sound fiscal management of the district’s $4.2 billion budget and leaving Chicago Public Schools with $300 million in cash reserves. As CEO of Philadelphia’s schools (2003-2007), Paul directed the district’s largest ever (at the time) construction program. His education policies in Philadelphia moreover prompted an increase in the number of schools meeting Adequate Yearly Progress from 26 to 166.

Brought in to manage New Orleans’ failing schools after Hurricane Katrina, Paul headed the Louisiana Recovery School District (RSD) from 2007 to 2011. Paul’s stewardship of the district resulted in African-American student achievement in New Orleans rising by 75 percent and the percentage of high school student drop-outs reduced by half. Paul also guided the development of the master plan to build and renovate New Orleans schools after securing the largest FEMA settlement in U.S. history ($1.8 billion). Paul’s turnaround expertise prompted international aid agencies to recruit him to post-earthquake Haiti and then Chile where he advised those countries’ respective Ministries of Education.

Since serving a tenure as Superintendent of Bridgeport Public Schools, Paul has acted as a consultant to several governments in support of various education objectives. He is a firm believer in partnering with outside entities including nonprofits, foundations, public and private universities, and commercial organizations to encourage the flow of resources into school systems. His skill at developing funding where it had not existed before is based has been instrumental in bringing deeply needed resources into classrooms.

For a recent article on Paul Vallas, please click here.

DUE TO SECURITY MEASURES, ADVANCE REGISTRATION REQUIRED, NO WALK-INS.


Reservations will be held at the door. You must have Photo ID upon entering the building for security purposes.

This event is hosted by the Harvard Business School Club of Chicago.