How the Illinois Holocaust Museum has become a global leader in preserving memory, sparking important conversations, and empowering visitors to transform our future. 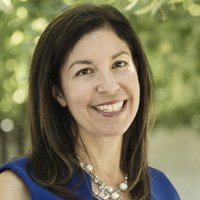 Susan Abrams was appointed CEO of Illinois Holocaust Museum & Education Center in April 2014, with more than 25 years of nonprofit, museum, business building, and financial management experience. Under Susan's leadership, the Museum is leading globally in Holocaust and museum education, recently opening the groundbreaking four-gallery permanent exhibition, the Take a Stand Center. To support this new exhibition and other Museum goals, with Abrams' leadership the Museum launched in 2015 its $30 million Commit to the Future Capital Campaign and has surpassed the $29.5 million mark.

Susan previously served as the COO for JCC Chicago where she oversaw the $34 million organization's businesses, executed at over 30 Chicagoland locations. Susan has held leadership positions at Northwestern University and Chicago Children's Museum, where she was instrumental in the planning and execution of the museum's move to Navy Pier. She also has worked as a consultant at McKinsey & Company and an analyst at Goldman Sachs.

Abrams serves, through the Governor's appointment, on the Illinois Holocaust and Genocide Commission. She is a member of The Chicago Network, serves on the Advisory Board of the Women's Business Association at Kellogg School of Management, and is a member of C100, which connects leading Northwestern alumnae to female students, graduates and the University to further the advancement of Northwestern women. Abrams previously was a member of the Chicago Children's Museum Board of Directors, the Board of Advisors for Kellogg's Center for Nonprofit Management, and the Board of Directors and Board of Advisors for Leadership Illinois, for which she was in the Class of 1997.