Scientists overwhelmingly agree that climate change has become this century's most urgent threat to our health, wealth, and well-being. Fossil fuel burning is the principal cause. Big changes to our energy-saturated economy are needed, but exhorting individuals to reduce their carbon footprints will not make that happen. Neither will proclaiming impressive-sounding renewable energy goals. Economists and policy experts have told us time and time again that it's necessary to put an honest, rising price on carbon.

Citizens' Climate Lobby has developed a legislative proposal called the Carbon Fee and Dividend that will fulfill that goal. Rick Knight will describe the policy, explain how it will reduce climate-warming emissions, and how it will affect our economy. Rick will also explain the political strategy behind CCL's efforts and how citizen engagement with their legislators is the key to creating political will. 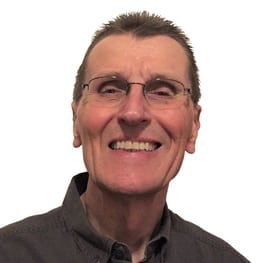 Rick Knight
Rick Knight is Research Coordinator at Citizens' Climate Education Corp. (CCE), a non-profit advocacy group headquartered in San Diego. He works with policy staff and independent experts to optimize CCE's science, technology, and policy fundamentals, as well as doing volunteer work with CCE's sister organization, Citizens' Climate Lobby (CCL). Prior to his involvement with CCL and CCE, Rick completed a 40-year career in energy and pollution control research at the Gas Technology Institute, retiring in 2016 as an Institute Engineer. Rick was one of the founders of the first Chicago-area CCL chapter in 2011 and served as a CCL State Coordinator from 2015 to 2018. He received a B.S. in chemistry from the University of Illinois at Chicago in 1975 and later studied chemical engineering at the Illinois Institute of Technology.