Wharton Northshore Breakfast - How Did We Get Into This Mess?

How Did We Get into This Mess?

Local, state, and federal budget deadlocks have intensified financial problems across the country. This presentation will highlight the budget failures and gimmicks that have plunged various governments into their current financial mess.

At the local level, claims of a balanced budget and strong credit ratings have given citizens (and elected officials) a false sense of security. Citizens often lack awareness of current policy as well as the amount of debt their state is truly in.

At the state level, accounting gimmicks that have been used to “balance” the state budget have completely ignored the billions of dollars of debt that is accruing. In Illinois alone, the state has amassed over $210 billion in debt. Based on Truth in Accounting’s analysis of the financial state and assessed current taxpayer burden, Illinois has received a financial grade of an ‘F’.

At the federal level, the debt ceiling has reached $20 trillion and doesn’t include items that are not currently on the balance sheet, including Social Security and Medicare obligations. The federal government has repeatedly mismanaged these programs because they are not properly accounted for in the budget.

In this session we will do the following: 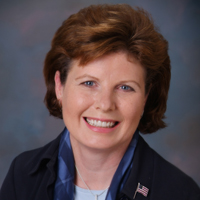 Sheila Weinberg
Ms. Weinberg is a member of the Association of Government Accountants' Financial Management Standards Board, the University of Denver's School of Accountancy Advisory Board, and is a member of the Union League Club of Chicago's Public Affairs Committee. She has served as an independent legislative adviser to members of Congress on federal budgeting and accounting issues. She was also a member of the Comeback America Initiative Advisory Council, the Academy of Government Accountability Advisory Council and two FASAB Task Forces. Her commentary on the federal budget, Social Security, Medicare and other national issues has appeared repeatedly in numerous publications, including USA Today, Chicago Tribune and Chicago Sun-Times. She has been a guest on local and national television and radio shows, and is often engaged to speak on federal and state budget and accounting issues. Because of her expertise in governmental budgeting and accounting, Ms. Weinberg has testified before the Federal Accounting Standards Advisory Board (FASAB), the Government Accounting Standards Board, and numerous state legislative hearings on matters of proper government accounting.

Ms. Weinberg earned her Bachelor of Accounting degree from the University of Denver, which she attended on an academic scholarship. She received her certified public accountant (CPA) credential in 1981. Ms. Weinberg was active in the Concord Coalition from its inception in 1992, and was honored in 1998 with their Outstanding Volunteer Award.