A Dialogue with Joe Perillo at Gold Coast Auto Gallery

Joe Perillo will share his story of how he built Joe Perillo BMW into the number one Midwest region dealership while keeping the business family-owned. The HBS Club of Chicago and Wharton Club of Chicago are thrilled to host this event among Mr. Perillo's most luxurious automobiles - BMW, Bentley, Lamborghini, Bugatti, Rolls Royce, and Maserati - at Gold Coast Auto Gallery. 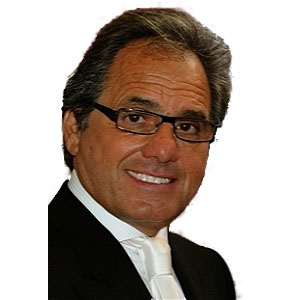 As a young boy growing up in Chicago’s Italian neighborhood, Joe Perillo had only dreamed about owning a nice car one day. At the ripe age of twenty, he landed a job selling cars in Tacoma, WA while he was finishing up his three-year service in the army. There, he met his bride of 48 years, Pat, and moved back to Chicago to fulfill his passion of selling Cadillac automobiles. He eventually became the number one Cadillac salesman in the nation.

After a short stint at the Chicago Board of Trade, he came to the conclusion that it was cars and, most importantly, making people happy that really drove him to succeed. He purchased a Pontiac dealership in 1975 in a fairly obscure area on Diversey Ave., now located in Lincoln Park. He turned a failed business into a successful one within a five-year period. This gave him the opportunity to apply for the first BMW franchise in Chicago.

He opened his BMW store on Halsted St. in 1981. Since that time, he has moved his BMW store to the Gold Coast area on Clark and Maple and has acquired different luxury lines including Bentley, Lamborghini, Bugatti, Rolls Royce, and Maserati. Perillo is widely recognized throughout the region and ranks number one in the Mid-West region.

Perillo BMW is unique because it's still a family owned and operated business, unlike most dealers who have sold out to large corporations. The customer appreciates that ownership is very hands-on and makes them feel as if they are family. Joe, his wife Pat, and son Joseph are hands on with day to day operations. His daughter, Trish, is now the new Managing Director. Joe is the proud grandpa to two granddaughters and one grandson. Maybe one day they will be involved with the business, as well.

Mr. Perillo attributes his success to his ability to hire the best employees who are totally committed to the customer. He lives by the Golden Rule - to treat the customers and others, as you would like to be treated.

Want to save by becoming a Member? Click here to Join the Club! Then purchase your tickets at the Dialogue with Joe Perillo Members page.